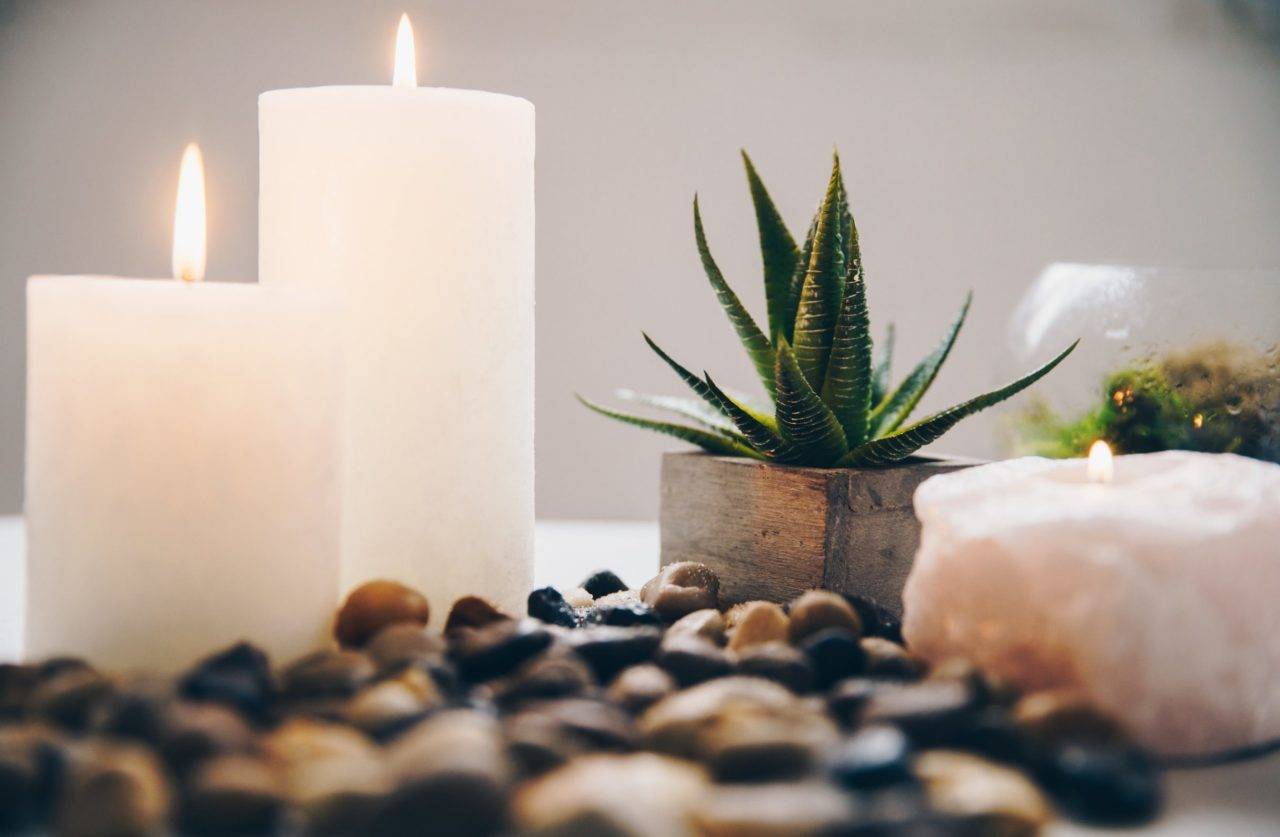 Just because you had some spiritual experience with Jesus (or a devil pretending to be Jesus), it will not get you into Heaven “with” Jesus Christ. You must come to the Bible Jesus Christ on His terms and His way (manner).

If we don’t admit and repent of our sins (ongoing repentance as needed until we leave this earth) then we are still on our way to Hell, The Lake of Fire & Brimstone, Eternal Damnation — all are eternal rejection by God.

There is no alternative or additional path to salvation besides the Bible Jesus Christ on His terms and in His way (manner).

Also, there is no false doctrine of Christian maturity as an acceptance for sin in one’s life. Stopping a sin is NOT A PROCESS. Call or email for explanation of this statement.  See: John 8:11; Matthew 12:33-45; Revelation 3:5; Revelation 20:15

Get Saved, Get Free by the Bible Jesus!

ALL religions that tell you a different path or an additional path to salvation are liars.

ALL liars will have their place in the Lake of Fire and Brimstone. Revelation 21:8

This includes all the baptisms, rituals, and physical things that accompany those religions, plus all the religions that use or brand the name of Jesus Christ for their worship.

The Art of Christian Lingo

I told Jesus I would never leave Him … but that really meant I would never stop believing He is the Son of God — “God come to earth in human flesh”. We have a lot of Christian lingo in churches of America. We know how to talk the church talk. Many of you — even pastors — are right where I was:

I was still living my normal life (Romans 1:16-32) that any sinner does — whatever that means for you in the world you live in. For me (and all of you) it meant at least ONE of these lifestyles:

No! I had not called on Jesus turning from my sins  and confessing them — calling on Jesus as LORD with the power to save me from DAMNATION! He warns in His scriptures:

Acts 22:16 King James Version (KJV)
16 And now why tarriest thou? arise, and be baptized, and wash away thy sins, calling on the name of the Lord.

You (too) are damned for all eternity if you don’t stop the mess you are doing — meaning, you, too, will be REJECTED BY GOD.

So, don’t think because you believe Jesus is the Son of God it’s going to get you off the hook. JESUS SAID ” the devils believe, and tremble”. So, that’s no big deal to Jesus.  What Jesus means by “believe on me” (obey) and what we mean by that (admit a fact) are, woefully, different.

Everyone who has fallen away from Him believed He is the Son of God. In fact, it’s worse. The devils at least tremble, but man and woman … we believe and keep on doing our evil ways with all kinds of lingo to excuse or even justify what we do! DECEIVED is what Jesus calls that! See 2 Timothy 3:13 and Titus 3:3!

I had a vision — a real, spiritual dream, REAL!

I woke up in terror, ready to obey God! I don’t know what He plans to do to help you.

In the dream, there were these little flying creatures about the size of monkeys. They were flying all over my room coming at me — then turning away for the next swoop. It was DEVILS/DEMONS. I knew what they were in the dream. And they were real! They were giving me a little taste of what was going to happen to me in my very near future. Earlier that year, I had already almost drowned in the Current River in Annapolis, Missouri — “begging” God to not let me die like that and my father be hurt finding me. I saw all my evil ways flash before my eyes as I was going under. Even then, I did not repent. Stupid isn’t it? BUT YOU CAN’T.

Most of you think, as I did, that you can just make an intellectual/intelligent decision that, someday, when you’re ready, “I will stop” sinning against God and people. The supernatural power of Satan’s devils — demon – workers that move you and me to sin — OWN YOU when you have rejected Jesus Christ from ruling over you. They will not just volunteer to “let” you go.

THAT’S WHY JESUS CHRIST, THE SUPERIOR POWER, HAD TO COME TO EARTH, DIE ON THE CROSS, RISE FROM THE DEAD — to break Satan’s power-hold on you and me. Obedience to Jesus is faith — and our only way out of Satan’s grip once he has a hold on your flesh (John 14:6).

I went with him. The Minister, Pastor John L. Summers, asked who would like to trade their puny one dollar kind of life for the million dollar quality of life Jesus has for you? Who wants to repent of their sins? I flew my hand up! Who wants to receive Jesus baptizing you in the Holy Ghost with the evidence of speaking in other tongues? I flew my hand up! I was ready and serious all the way about Jesus, now.

In that church I received Jesus’ Baptism in the Holy Spirit by the  “original BIBLE EVIDENCE” of a person experiencing His miracle outflow of spiritual languages, which only exhort of Jesus Christ as GOD. That’s when I began to hear Jesus on a regular basis as a miracle part of my normal, daily, life with God. It is, also, when I began to experience signs, wonders, and other miracles from time to time according to His discretion — like it is supposed to be — like it was in the New Testament.

Now, Jesus doesn’t believe in licenses, ordination, and a lot of things we do down here, but he “suffers” it to be so for now … BUT YOU DON’T NEED TO DO IT. THE HOLY GHOST WAS JESUS’ CREDENTIAL and the Holy Ghost is still the only proof of your ministry anointing and selection by God. Today and then, a simple (verifiable) letter from a pastor who has experienced and is referencing your conduct and preaching among the brethren is enough for those seeking to move with God  “raw”.

It’s time to go back to Jesus’ ways and stop the system madness:

In 1985 the Lord spoke to me, “You are my Prophet, Evangelist, and Pastor — and you will ALWAYS be hated by your own Christian brethren”  (who don’t want to obey Me).

That prophecy has proven true  — in church, in marriage, in itinerant travel ministry — inappropriate touching, mobs, psuedo-homelessness, spurning, opposition — you name it. All are inflicted upon me by “religious” Christians from state to state who no longer fear the Lord. They prefer to commend or prove their  relationship with God by church growth programs, church activities, and public “causes”  that impress the communities in which we dwell.

Why Did Jesus Save Me? Why Does He Save You?

In 1987, while I was pastoring full time in East St. Louis, Illinois (right across the river from St. Louis, MO;  my Pastor confirmed me in a public ceremony that we all call “ordination”. Yes, I have the papers.

I say “that we call ordination” because ONLY Jesus Christ can ordain a preacher for Himself. The rest of us merely acknowledge that Jesus has sent you.

Just like Jesus — some receive you and some don’t. That’s the way it’s supposed to be. The disciple is not above His Lord! Some received Jesus Christ, others even this very day, don’t receive Jesus as even being a preacher sent from Heaven!

I’ve been traveling on many assignments as the Lord’s Prophet, Evangelist, and Pastor ever since that day in 1985. That is part of why He saved me from Satan’s kingdom — to work against Satan’s kingdom goal to destroy people forever.

Above all, Jesus loves me … my soul … for friendship together. He did not want me lost forever to Him, Father-God, and Holy Spirit. This is the first reason he suffered, died, then rose to life on the third day afterward.

The second reason He saved me (and you) is for the purpose He needs to accomplish through you for saving others who are still lost to Him under Satan’s deceiving powers.

Look at the end result, so very far from that night when He gave me a dream about my pending eternal damnation in Hell. That’s all that was on my mind at the time — save myself!

Now, years later, He has made for Himself a Holy Ghost -baptized prophet, evangelist and pastor. Chosen in 1983 (Oklahoma), licensed in 1985 (Missouri) Publicly Ordained 1987 (Illinois.) Sent by Holy Spirit on multiple hardship travels as prophet and evangelist preaching Christ’s command “Come out of the Christian System — Come back to Me” and pastoring Truth Seekers of Jesus Christ (TM) /Truth Seekers Church in several states since 1999. The traveling ministry as Prophet and Evangelist, under Matthew Chapter 10, took me to Marshall, MO; East St. Louis, IL; Tulsa, OK; Fresno, CA; Washington State – Olympia, Lacey, Blaine, Bellingham, etc.; and Vancouver, Canada to name some.

Commanded by Jesus in 2015 to plant/settle in Boise, Idaho to pastor:

“There are two kinds of Christians who are hurting. I have heard their cry and am ready to deliver them  These are my truth-seekers … they want ONLY Me. I am sending you to them”.

Given a specific task and command to fulfill in Boise:

“Deliver my people (Christians) who are “entangled” in Mormonism”.

WHAT ARE HIS WONDERFUL, AMAZING PLANS FOR YOU!

Did the page disappear? That means your comment went through and is being checked for approval. It will show the same day, usually, or the next -- God willing. No advertising permitted! Comments are not removed except for Scriptural reasons.

But he was wounded for our transgressions, he was bruised for our iniquities: the chastisement of our peace was upon him; and with his stripes we are healed.
Isaiah 53:5

News: What Is Foolish Question?

A question or statement that denies the salvation power which Jesus Christ is, lived, and preached.

Category: Growing Up
Did you find this FAQ helpful?